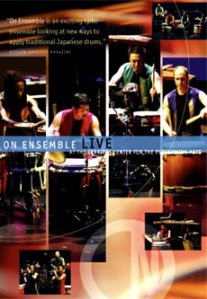 It's with great excitement that I announce On Ensemble's Seattle debut at The Triple Door. I've known the members for over 10 years. They've premiered three of my compositions and even included one on their CD Dust and Sand. They are superstars. Check them out.

Los-Angeles based On Ensemble (pronounced "ohn") features four musicians who have studied and performed with renowned masters of traditional and contemporary music in the United States and Japan. Their sound ranges from centuries-old Kabuki music to contemporary indie rock and from free jazz to hip-hop electronica.