Choral Work
for moving voices along the water

“... it’s hard to imagine that anyone walked away from TURBINE unchanged.”

Description
In TURBINE, the audience is immersed with music and movement in an outdoor performance along the water. The project was created for the 200th Anniversary of the Fairmount Water Works—an urban environmental center on the Schuylkill River in Philadelphia. This site-responsive choral work is available to be performed in other waterways. 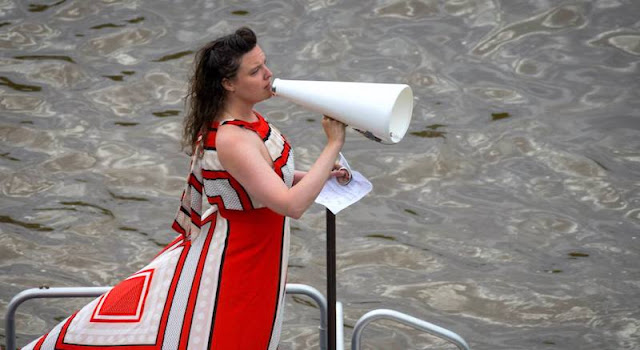 Details
Duration: variable (circa one hour)
Commissioned and performed by Leah Stein Dance Company and Mendelssohn Club of Philadelphia
More about the lyrics compiled and edited by Byron Au Yong

“How many arms does it take to conduct the Mendelssohn Club Choir?”
WRTI Radio

Program Note Excerpt
Alan Harler and Leah Stein brought me to the Fairmount Water Works in October 2013. The park and historic plaza were alive with people enjoying the autumn day next to the glistening waterway. Appropriately translated as “hidden river,” the Schuylkill turned from peaceful to terrifying when the following spring, the water crested at nearly 14 feet. The May 2014 flood brought a deluge to the Water Works. A place that was historically the source of clean water became filled with debris.

TURBINE draws upon accounts from the heyday of the Fairmount Water Works in the early 19th century. Visitors marveled at human ingenuity building “miraculous mechanical… cylinders and pistons” that worked with nature to provide “clear and bright as crystal, a cup for the thirsty.” This text is filtered through a 21st century reality to produce lyric fragments.

Migration as well as water molecules influence the music. Voices seep in and out of the sounds along the river. These include the noise of traffic and trains. Musical motifs connect and disconnect in a free molecular flow.

According to the World Health Organization, a child dies from a water-related disease every minute. More than twice the population of the United States lives without access to safe water. How can we turn despair and rage into wisdom?

Singing and listening to a river in the middle of a city is a step towards “justice journeying to harbor.” A turbine takes turbulence and transforms it into potential energy. Together we can find ways to ensure that the 750 million people around the world who lack access to safe water are given a chance to survive.


Preview Quote
“... an experience with performers and audience moving throughout the entire site at the Fairmount Water Works.” 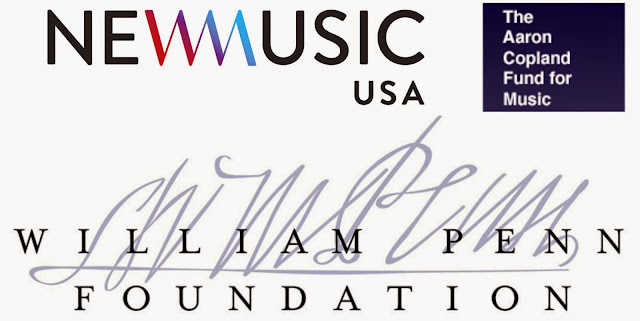