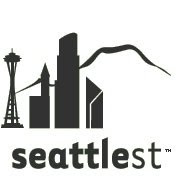 
Byron Au Yong’s short opera about a Chinese delivery guy stuck in a New York elevator manages to be both moving and funny. Performed by Yong and musical collaborator Paul Kikuchi on a non-traditional set of percussion instruments, the action unfolds on a tiny platform representing an elevator, where Kuang has become trapped after delivering Chinese food to an apartment. Lacking good English and a proper work visa, as the hours unfold, Kuang is tortured by self-doubt and emasculation—he’s afraid of being mocked, afraid of being deported, and frightened of having to return to his wife a failure. But the painfully emotional parts are interspersed between comic bits, such as the hip hop song his bladder sings him in his sleep as he struggles not to piss himself.