Description
Island: Theme and Migrations is a work for two pianists at two pianos. 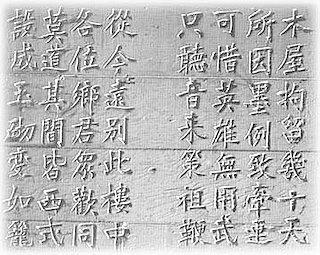 Island: Theme and Migrations refers to Angel Island, the Ellis Island of the West Coast, where Chinese sojourners carved their poetry into the walls of the immigration barracks. I think about their hardships and desires as I etch out sounds with gestures that come from the main theme.

These migrations, variations in the classical music sense, vary from performance to performance because I've cut open the notation. Melodies and chords float around the score.

Press Quote
“I've heard him conjure more beauty and expressiveness out of two stones clacked together than many composers can with a full orchestra.”