On Ensemble's Dust and Sand 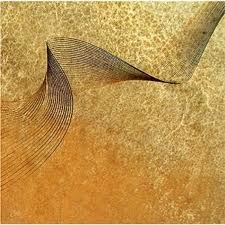 On Ensemble has released their first compact disc called Dust and Sand. They included my work Two by Four, for nagauta voice and taiko as part of the recording.

I remember when I wrote Two by Four in 2003. I visited the musicians in Mt. Shasta where they were rehearsing. One night, Shoj, his dad, Mas, Kris, and I huddled under the piercing stars on a summer evening. I fell asleep listening to their deep voices tell stories from the past. In my slumber, I discovered that Two by Four was about creating an alternate story for North American taiko music based on noise and the ephemeral quality of stars. Being near a sacred mountain, I was reminded to listen and feel the night in this way, calmly taking in the activity of nature.

Listening to On Ensemble’s recording, I hover in that summer dream space again, fascinated by how the taiko and gongs cross between Latin and Japanese, between past and future, and between myself and the night-mountain sky.
Labels: Audio Taiko